Across the United States, more than 500,000 business leaders, community advocates, parents, teens and individuals who want to give back and support their neighbors volunteer at the Y. That’s because in 10,000 neighborhoods nationwide we have the presence and partnerships to not just promise, but deliver positive, personal and social change.

With a focus on youth development, healthy living and social responsibility, Y volunteers give men, women and children of all ages and from all walks of life the resources and support they need to be healthy, confident, connected and secure.

Volunteers of the Y:

The Y is a nonprofit like no other. Take an active role in strengthening your community.

Corporate and Community Partners
Spirit of the Valley 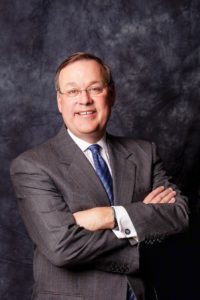 The Spirit of the Valley Award recognizes exemplary community service, which benefits all people of our Kanawha Valley. The individual receiving the award manifests, in his or her life and deeds, the selfless concern and care for their community, which constitutes the essence of our Valley’s proud spirit. This is a person who quietly gives of themselves, their time and their resources when the Valley’s citizens need them. Their commitment, persistence, good judgment and joyful heart only enrich the fabric of life in our Valley.

No form of award or recognition can adequately express our gratitude for the good works this leader performs. Nor, of course, do they expect any such recognition, for the real satisfaction of volunteerism is personal and private. In presenting the Spirit of the Valley Award, the YMCA simply acknowledges the benevolence of this fine person and as a shining light in hopes of inspiring others to follow.

The Spirit of the Valley serves as the annual fundraising campaign for the YMCA of Kanawha Valley, the membership and the community at large are asked to give to the Spirit Campaign in honor of each year’s recipient. The proceeds of this campaign benefit the YMCA Community Assistance Scholarship Fund, which assists individuals and families in becoming part of Y membership or programs no matter what their financial circumstances. In 2015, hundreds of children and families benefited from over $200,000 in contributions, allowing them access to YMCA child care, aquatics, youth sports and health and wellness facilities. Recipients can request the program(s) of their choice to receive part of the proceeds.
The inscription on the award, “For charity and wisdom, patience and humility”, is taken from the admonition of the good Saint Francis.

The Y for a better Us

When you give to the YMCA, you make it possible for all children, families, and adults to have access to excellent facilities and programming vital to their personal growth. We need your support so that together we can take many of the greatest challenges facing our young people and our community.

Every gift makes a difference and together we can strengthen our community.

Below are three simple and easy ways to help the Y at NO COST:

For more details about this program visit this Residential – HomeSMART Page

For every person that signs up and uses the code YMCAKV under promo, the Y receives $10 credit.

Sign up here, and don’t forget to use our promo code YMCAKV— AEPRebates | Enrollment

When you save energy, you save money. And, you can help the Y!

Support our YMCA at no cost when you shop on Amazon. Shop on smile.amazon.com , and simply select  YMCA of Kanawha Valley, as your charitable organization. AmazonSmile is the same Amazon you know. Same products, same prices, same service. You shop and Amazon gives.